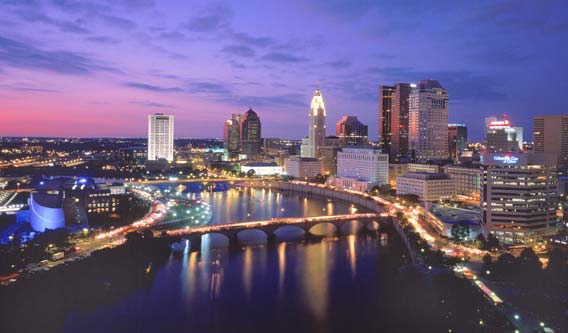 Columbus, OH Named Most Intelligent City In America.  If you are feeling brainy it could be because you are part of the smartest workforce in America.  The Intelligent Communities Forum has named Columbus in the top seven most intelligent cities in the world, and it is the only American city to make the cut.

ICF founder Robert Bell came to Columbus to present an award marking the achievement, and to also judge the city for signs of intelligence that could lead to the city being named the most intelligent city in the world for 2013.

Bell said that more than 400 cities around the world vie for the intelligence designation.  An international team of academic leaders whittles the list down to about two dozen and eventually the final seven are named.  Each city goes through a rigorous process of identifying the factors that set it apart, then an international panel of judges – from business and academia – will determine the overall smartest city.

Bell is spending three days gathering information, and making sure Columbus lives up to the claims it made about technology and collaboration.  He is looking at a number of criteria, and likes what he sees in Columbus.

“Is what’s taught in your universities and your technical schools informed by the needs of business? Is government at the table trying to shape the outcomes for the good of all the citizens not just the top-tier citizens? Columbus has those things in abundance. While I’ve been here I’ve heard two words over and over again, you want to be open and want to be smart, and those are great advantages in the 21st century,” Bell said.

ICF will name the overall most intelligent city in the world at a conference in June.